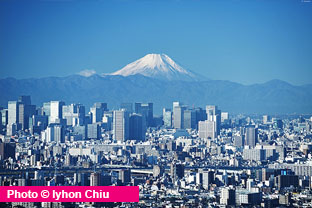 Japan is a nation of boundless cultural intrigue and is one of the most popular Far-Eastern holiday destinations. If you’ve yet to visit this fascinating country, here’s a run-down of five must-visit cities that epitomise its character and charm.

Japan’s sprawling capital city is a true blend of modern and old with ancient shrines and other reminders of the country’s rich history mixed in with super-modern sky-scrapers. Its transit system puts London’s to shame and is amazingly efficient. Among the city’s attractions are an enormous luxury shopping centre known as Ginza as well as numerous cultural sites of interest such as the Imperial Palace and Sensoji Temple. For superb views of the city, pay a visit to the Tokyo Metropolitan Government Office.

Kyoto served as Japan’s capital for more than 1000 years and is full of reminders of its eventful past: it features an amazing collection of UNESCO World Heritage Sites. Among some of the most memorable attractions include the Fushimi Inari Shrine, the Kinkaku-ji Temple and the Zen-like Zenrinji Temple. For a real taste of the traditional, the Gion District is well worth a visit and boats traditional Japanese architecture. The city is not all about the past however and boasts a good number of trendy cafes and art galleries.

Located in the mountains of Tochigi Prefecture, Nikko is a popular holiday destination for both Japanese and international tourists. Some of its main attractions include the mausoleum of shogun, Tokugawa Leyasu and the ancient Futarasan Srhine which dates back to the 8th century. Also of note is the Shinkyo Bridge, which was designated as a World Heritage Site in 1999. Spanning the Daiya River, the bridge was restored at great cost in the late 1990s. Nikko is also surrounded by a National Park which features some of Japan’s most idyllic landscapes and mountain vistas.

This huge city is one of Japan’s economic powerhouses. It boasts some of the finest restaurants in the country and is also home to one of the oldest shrines in the world, the Sumiyoshi-Taisha Shrine. It was founded in the 3rd century to enshrine three gods which are said to protect travellers, sailors and fisherman. Osaka Castle and its well-manicured gardens should be on your itinerary too.  Be sure to visit the Umeda Sky Building as well – it’s the most iconic sky-scraper in the city and includes a rooftop observatory which affords some fine views of Osaka. It is also said to have the tallest elevator system in the world. Those fearful of heights should probably avoid it however!

A more tranquil, cosmopolitan location than some of the other cities on our list, Matsumoto is home to many historical visitor attractions including its must-see castle. It’s one Japan’s oldest fortresses and is designated as a National Treasure. The architecture is quintessentially Japanese and can be traced back to the 16th century. Also of note are the hot-spring resorts which can be found in and around the city. In addition, the nearby Utsukushigahara provides some quite stunning views of the whole region.

Got you in the mood for some sushi delivery? Then by all means click through to our menu and start ordering. Go on, what are you waiting for!